Creating a music playlist has gone from being a fun hobby for music fans to being utilized as a marketing tool to get artist’s music heard more frequently by the masses. But what if I told you that music playlists are actually saving the music industry altogether?

Not long after we all partied for the new millennium, the music industry looked like it might totally fail. It looked that way because people still saw sales in terms of albums on CD. But if you look at articles like this one from 2004, even then people noticed that new digital music forms like iTunes were doing pretty well even as the music industry burned.

Now here we are almost twenty years later, and a lot has happened since then! So much has changed, in fact, that in late 2018, Medium pointed out that streaming had fixed the smoking pile left when everyone stopped buying CDs.

“In 2008, the music industry was like a beached whale waiting for something to lift it up and throw it back in the water,” writes Medium. “Now it can be said that streaming is saving the music industry. It’s revolutionized the way we consume music and everyone — from the labels to the artists — are profiting …”

But streaming isn’t saving the industry alone. More and more, it’s the music playlist we can get by streaming that’s doing the job. Let’s see how.

Music playlists are the new album, and the industry loves them. – NationsPhotoLab

Spotify playlists are the easiest example because Spotify has more music listeners than nearly any other paid platform, and since it’s the best-known streamer, it gets a huge chunk of the news.

In summer 2017, the Guardian talked about how Spotify playlists could permanently change music, even writing in one headline, “They Could Destroy the Album.” Then, in late 2018, the same newspaper asked again, “Has Ten Years of Spotify Streaming Ruined Music?”

But Americans have been listening to more music than ever before for at least a couple years now, and the U.S. is where most of the music is sold. That’s according to the IFPI, who also say that global music sales are up 8%, and that about 200 million listeners are listening to Spotify every month. That’s like two-thirds of the whole United States!

But here’s the kicker: 72 million of those music fans are listening to Spotify playlists alone. That’s 36% of everyone on Spotify. You take music playlisting away and you’re left with just the remaining 64%. If it were a test, it’d get a D.

And that’s just Spotify. Imagine the numbers if we added Amazon Music Unlimited, Google Play Music, and all the other ways a person can hear a music playlist.

That’s why by spring 2019, the Guardian had to admit, “Spotify playlists are the new musical starmakers.”

The music playlist is now both starmaker and newsmaker. – Vulture

Playlist Curators Are the New Newsmakers

So clearly we have artist playlisting and music playlisting in general to thank for the healthy music industry we all enjoy today. If you doubt it, all you need to do is take a spin around the online music news to see what’s going on.

The music-geek gods over at Pitchfork.com just created an ongoing music playlist called “The Ones,” a daily post to highlight hip hop curated by their Levels team, and there’s lots of buzz about that. Pop star Bebe Rexha is about to get married, and wedding magazines note that her top priority isn’t a dress or a venue — it’s music playlisting. Meanwhile, as the music playlist dominates the mainstream this way, online news also reports that Spotify playlists are about to get even better by becoming more personal.

“Those curated playlists have, until now, not included any personalization,” says Verge.com. “There was one canonical playlist, and everyone received it. But now Spotify is going to make some of those playlists part curated, part personalized. Human editors will still pick and choose which songs fit on which playlist, but every song will no longer show up for every listener. Instead, Spotify will automatically adjust the playlist to better fit a listener’s tastes.”

But who are these curators, anyway? Read on.

Playlists aren’t much without curators, but who are they? – Complex

There are whole companies specializing in making lists, but here are some of the more-popular names known to accept submissions:

…as well as plenty of curators who accept submissions for any music genre:

But how do you actually get on one of these lists? First thing you do is get yourself on Spotify for Artists, which is easy and free. Next, as pointed out by one of the top curators listed above, For the Love of Bands, you’ll want to make playlists of your own.

“Create a playlist containing all of your releases,” they write, “For example BAND NAME // RELEASES // GENRE. Secondly, create a playlist with your biggest influences and tracks by emerging artists and include a track or two from yourself as well. Set this playlist as ‘Artist Pick’ via Spotify for Artists’ control panel.”

It’s a great idea to collaborate on these lists with other fans and musicians, too. Make sure to spread the word about your playlists on social media, tagging the artists you’ve put on it.

While you’re doing that, it’s time to start emailing and messaging curators of playlists. You can use sites like SpotOnTrack to help you pick playlists, too. It’s going to take a lot of time, mail and patience, but you’ll make friends and associates this way, and in the end that’s how you get your music listed.

Here are some stories of fame and success as proof of it.

Fame, success, and fans around the world via the playlist? You bet. – Hppy

Does Playlisting Work for Artists? Yes.

Connor Youngblood is relatively new, but he’s already seeing success after getting playlisted. First, he appeared on the Mellow Morning playlist, which exploded his monthly listeners and followers, not to mention attendance at his live shows. Other playlists soon followed, such as Indie Chillout and Acoustic Hits, for a combined total of over 1.5 million listeners. His tracks are played between songs by mega-stars like Ed Sheeran, Ray LaMontagne, Iron & Wine, and even more established titans of sound.

Ben Phipps’ “I Don’t Think So” has over 18 million Spotify plays. To get them, he contacted hundreds of bloggers and YouTube and other channels. His single was rejected plenty, but he kept pitching it and making relationships. Phipps sent 300 personal emails in about half a month including some to 100 YouTube channels. He got five replies. Then he did it all again. Eventually, though, Spotify added it to two of their own playlists. Their algorithms added it to some major playlists and Phipps reached 100k plays a day, even five months later.

Starley Hope wrote a single, “Call on Me,” which eventually reached the Billboard Hot 100. She thought it would be her last song. Two months after it dropped, an editor at Spotify placed it on a Danish version of their New Music Friday playlist. Listeners liked it according to Spotify’s analytics, so they added it to their Weekly Buzz and Pop Rising playlists. The song kept gathering streams, so Spotify placed it in several other playlists, until it reached nearly a million streams. That’s when Spotify put it on their Today’s Top Hits playlist, which reaches more than 14 and a half million music fans.

A Final Applause for the Music Playlist

It’s the circle of life. And can it benefit, you, too, both as a listener and as a musician? Yes, it can.

So let’s take a second to thank music playlists for fixing the music industry for everyone. <centerThen, we can get back to curating a playlist, ourselves. 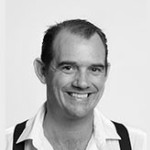 TikTok for Artists: How to Get Famous in 60 Secs