What does a producer do (and how to be a great one!) 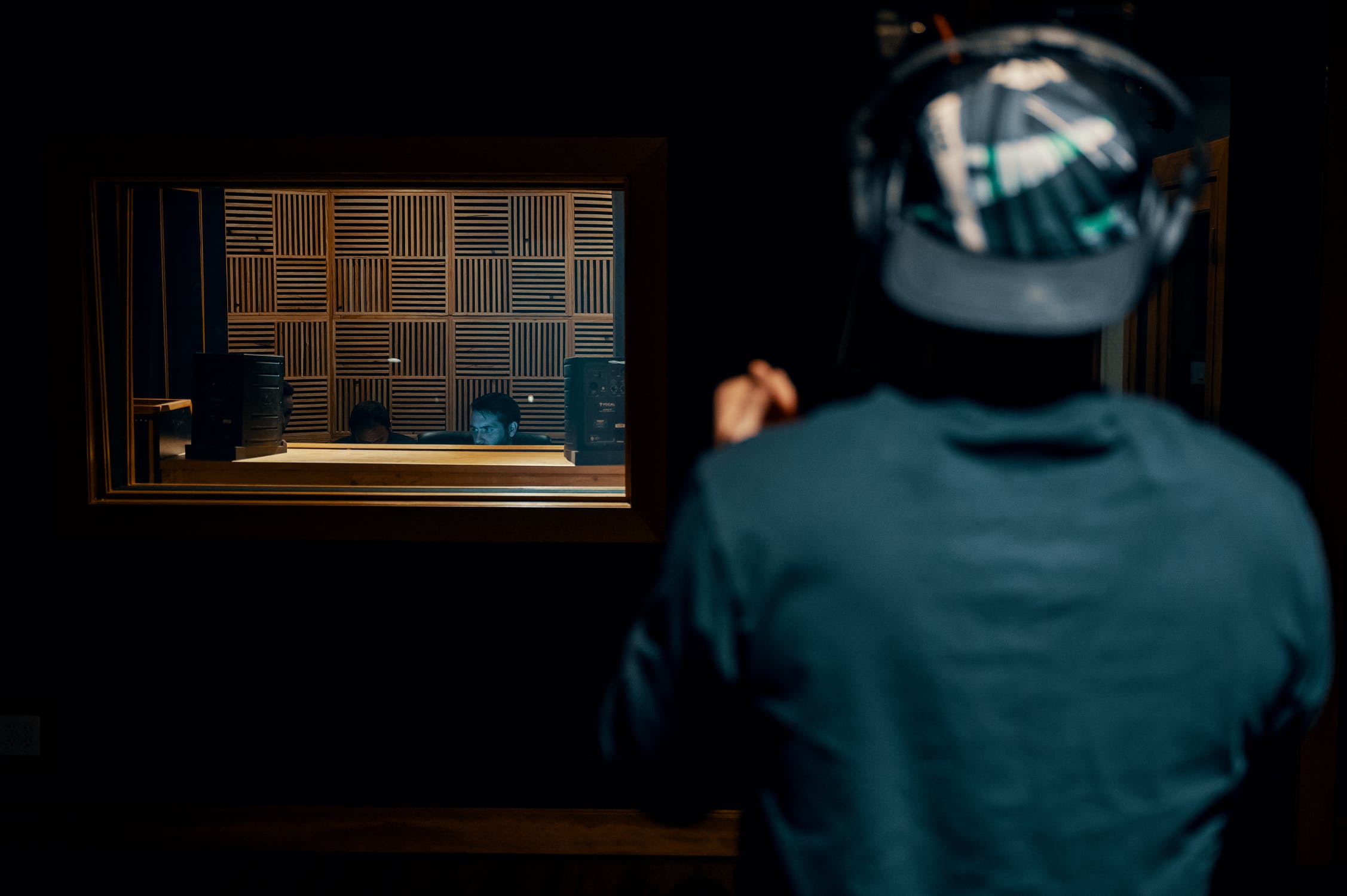 How to be a music producer

What does a producer do? What is a music producer, anyhow? And how can I be a good one?

These are all questions today’s independent musician needs to ask at some point, and the answers can be pretty hard to find. Often, when you find them, they’re not much help. This little guide will answer the question of what does a music producer do and tell you all you need to know about how to be a producer yourself. Let’s get started.

What is a producer?

“What is a producer?” comes the question just as soon as somebody claims to be one.

Wiki calls a producer someone who “oversees and manages the sound recording and production of a band or performer's music.” That’s true, but it’s nowhere near the whole story. Wiki goes on to note that “a producer has many varying roles,” including:

“What is a music producer” can be summed up in fewer words, though. A music producer is the person in the studio who does creative things but is not the artist.

Lots of people confuse the producer with the engineer, who is the person in charge of the technical recording, running the professional sound board or DAW. People get the producer and the engineer confused because it’s easier to be an engineer today than ever before, so lots of producers have become sound engineers and do both jobs.

Rule of thumb: are you helping to decide what a recording should sound like when you’re not the artist, yourself? If the answer is YES, then congratulations! You’re a music producer!

What does a producer do, anyhow?

The first thing a music producer does is listen.

The second thing a music producer does is talk.

But when we talk about what does a producer do, the answer is that they do an awful lot more listening than they do talking.

How to be a producer: listening and talking

What does a producer do? As we mentioned, they listen, and they talk. So let’s go over how to do those two things like great music producers do.

What does a producer do: Listening like a producer

The first thing a producer does in the studio is take into account what the goals of the recording are. What kind of recording are we looking for? What is the finished recording supposed to sound like? How do we want the audience to feel when they hear the music?

Artists will tell you how they want to sound. Ice Cube is totally open about how he wanted “Amerikkka’s Most Wanted” to sound like Slick Rick and classic mix tapes. So that’s what the Bomb Squad went for when they produced it for him.

When you listen as a producer, compare the sound of the recording to what you’re aiming for. That example of sound the artist has given you is a bullseye. Aim carefully at it. Listen as a producer for the following things.

After a music producer listens to the material being recorded and to recordings of what the artist wants to sound like, they should hear differences that can be altered to come closer to the target sound. The differences will land in one of the areas listed above: tone, performance, precision, holes, and crowding. When you hear an issue, it’s time to talk to the artists and engineer.

How to be a music producer really means being a coach, and that’s how you should talk. Some producers aren’t very good at coaching, like the legendary Phil Spector who would simply hold his artist at gunpoint. Don’t be like Phil. Just coach your artist.

See below for a handy list of DOs and DON’Ts.

What is a producer? A music producer is a slick talker

When you’re talking to your artists, tensions are going to get a little high sometimes. That’s because you’re working for hours and hours at a time in a hot little room full of insulation. The worst thing you can do is contribute to the stress. Keeping to the following list of DOs and DON’Ts will help you keep your artist nice and cool under pressure.

DO — Use “I” language: “I don’t think I’m hearing the all the space between the beats.”

DO — Always say what you like when you need to say what you don’t like: “That bass tone is great, I love it. I wonder if we can’t make the bass line a little less busy, though?”

DON’T — Say more than two negatives in a row, ever: “The bass is too busy and the beat is too loud in the mix, and we need to put you on a click track because you’re off-time.”

DO — Spread your coaching around. Never coach the same person all the time. If you’re only working with one person, coach yourself out loud to break up your criticism: “I think maybe less drums during the chorus? But I also think I need to listen to them more carefully. Let’s hear it again.”

DON’T — Ride one of your artists, even if they’re clearly the weak link. If they’re in the group, they’re part of the chemistry that got them into the studio. Worst thing that can happen is the crew boots a member in the middle of a recording. Total. Disaster.

DON’T — Try to describe what you’re talking about in English unless you’re some kind of poet. It’s much more effective to simply have artists hear what you’re looking for from them.

And that’s essentially it. If you follow the above rules, you’ll be ten times the music producer overnight. Just don’t forget them! Print them out and keep them in your pocket, if you have to.

What does a music producer do, in the end, but listen to music more carefully than everyone else and tell artists how to be the best version of themselves? Honestly, not much. And if a music producer were to do that and only that, they’d be one hell of a producer.

So get your listening ears on and your careful, mellow talking voice, and get ready to help musicians in your area sound better in the studio than they ever have before.

Thanks for reading! And thanks for wanting to be a better producer than anyone else you know.