Music Rights: How To Sample Legally 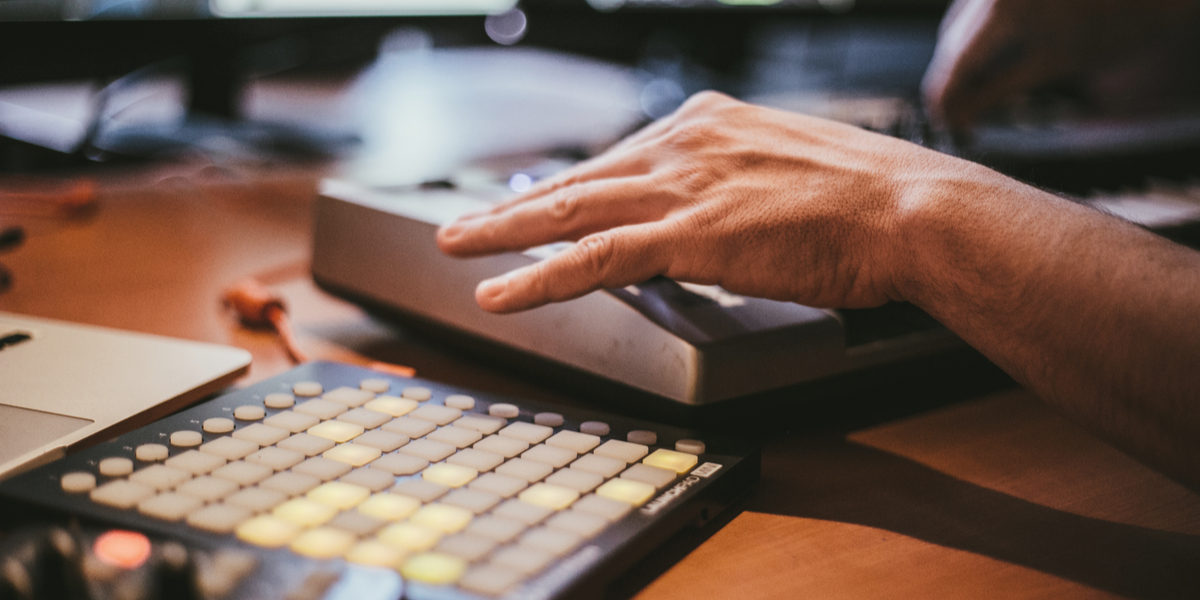 Music rights are the beating heart of the music industry because they protect our art, and if you use samples, even more so. So many music styles use sampling today that the art is impossible to ignore. Artists sample music not just in hip hop and EDM, but also rock, ska, jazz, reggae, and still other genres. In fact, the practice of sampling goes all the way back to the 1940s, eighty years ago.

But how many artists have obtained the music rights? How many artists could be sued? It’s easy to imagine that more samples have been illegally used than otherwise.

This guide on music rights and how to sample legally will help you stay safe rather than sorry.

Music rights depend mostly on getting permission when you sample music. You may have heard that you can legally sample a bit of music shorter than 8 seconds. Or 6 seconds. Or 6 bars…

None of that is true. The truth is that there’s no “fair use” rule saying you can legally sample a little bit of someone else’s music. And what if it’s just some amateur’s little bit, somebody nobody knows and may never know? That person still owns the copyright because all art is automagically copyrighted as soon as it’s made. And we can feel happy about that. It protects us, too.

The upshot of all this is that the best way to sample music legally is to get permission. In many cases, that means permission from more than one person. Let’s look at that.

How to Sample Music with Permission

The first thing you’ll need to know is who owns the music rights to what you’re sampling. You need two permissions, though, not one.

You need to get permission to sample the music from:

In order to find these people, you’ll at least need to know the name of the artist and the song. Modern tech makes that super easy in most cases. You can use Apple’s Siri, Android’s Google Now, or Windows 10’s Cortana to ask, “what’s this song?” and get a straight answer. There’s also the Shazam app on iOS or Android. Heck, you can even try humming or playing a few bars.

Once you know the song, it’s a simple matter of finding out who owns the music rights.

Luckily, these people want you to find them easily, so there are plenty of online resources. Go straight to performing rights organizations and look the song up. You can do this at BMI, ASCAP, SESAC, Harry Fox, or SOCAN if you happen to be in Canada.

Let’s talk about that.

How Much Will You Need to Pay for the Sample?

Let’s assume you found the owner of the song and the recording and they’ve given you permission. What might they charge you to use that sample?

If it’s an indie label, just a little mom-and-pop record business operating in an apartment somewhere, maybe nothing. They might appreciate you spreading a little of their music around. They’ll probably ask for a mention somewhere, a little ‘thank you’ in the Spotify notes, maybe.

If it’s a very well-known song on a major label, though, they’re going to ask for money.

Major publishers almost always ask for a money advance for music rights. That’s money you need to pay before you make any money on your own track. They’ll ask for hundreds and often thousands of dollars.

Big publishers will also almost always ask for a portion of the royalties you make with the song. That’s where it really bites. How big a bite? Some artists have to pay 50% of all the recording royalties just to use a sample which may be a few seconds long.

These three amounts all vary widely, though. In order to pay the least possible amount, use as short a sample as you can. Use it as few times as you can. This puts you in a good bargaining position for two reasons:

It’s plain to see that none of the above is very attractive to independent musicians trying to make a way for themselves. That’s why the rest of this how-to will talk about how to sample music safely (without permission).

How to Sample Music as Safely as Possible

Disclaimer: You should not use samples without the permission of copyright holders. It puts you in legal danger and can be artistically dishonest.

That said, there are ways to sample music which can be justified, so let’s look at those.

Earlier we talked about how there’s no fair-use rule to using samples without permission. That’s true — but there is a fair-use legal defense. The fair-use legal defense is exactly that: a defense you’d need to use in court after you get sued. You shouldn’t bank on it if you never want to go to court.

But let’s say you’re not afraid of a courtroom. What is the fair-use defense? It’s a big, general, grey area in law that goes along with free speech in the United States. It says you can use copyrighted material for parody, to comment on it, or to criticize it. Parody means that Weird Al Yankovic doesn’t need to ask permission to record “Eat It” as a joke about MJ’s “Beat It.” Note that Al always asks anyway, both to be cool to artists and to keep his royalties. Comment and criticism means that Billboard and Pitchfork can republish sections of a song when talking about whether a song is good or bad.

Judges use four main rules to decide what’s fair use:

Has the sample you have taken been changed by adding new expression or meaning?

Was value added to the original by creating new information, a new look, new insights?

2.) The nature of the copyrighted work

3.) The length of the sample

The shorter the sample, the more likely you’ll get away with it … Unless the sample is really important to the song, like the three-second bass line Vanilla Ice used in “Ice, Ice Baby” from Queen and Bowie, who sued him with flying colors.

4.) The effect on the profits

If your use of the sample could potentially hurt the profits of the original artist, you can expect to lose the lawsuit.

But courtrooms are ugly, and who can afford a lawyer, anyhow? So let’s look at what else you can you do besides getting permission.

How to Sample Music Legally Without Permission

If you don’t get permission, you’re always taking a risk. It’s never legal.

But if you only sell your music offline and don’t make many copies, the risk of getting caught is very slim. Check it out, though: if it’s a really good song and it takes off, you could regret not getting permission sooner. (And owners of the music rights will probably ask for more, now that the track is selling). You can more safely use samples by following these rules:

Or, use a music sample without permission by making it mostly or completely your own.

If it’s your recording, you own the recording rights (but not the songwriting).

If you make it funny or critical (trash-talking) you don’t need permission.

If your sample is unrecognizable from the original, you’re legal.

Tracklib has a whole database of free samples you don’t need to pay for to use.

So with all these options, today’s artists shouldn’t have to worry about how to sample legally. But the artist in the most danger is the artist who knows the least. As of now, that’s not you.

What If I Don’t Care About Sampling Music Legally?

But what if they don’t? Isn’t the whole point of starting in music to reach larger and larger audiences? What if one day and after several albums, you make it big, then some publisher recognizes your tiny theft? Or worse, what if you finally get a song with millions of listens and it looks like you’re going to be famous — but have to take it down?

The best way to sample music is to sample legally. Here’s hoping we’ve helped you know how.