Make a Music Video in Minutes 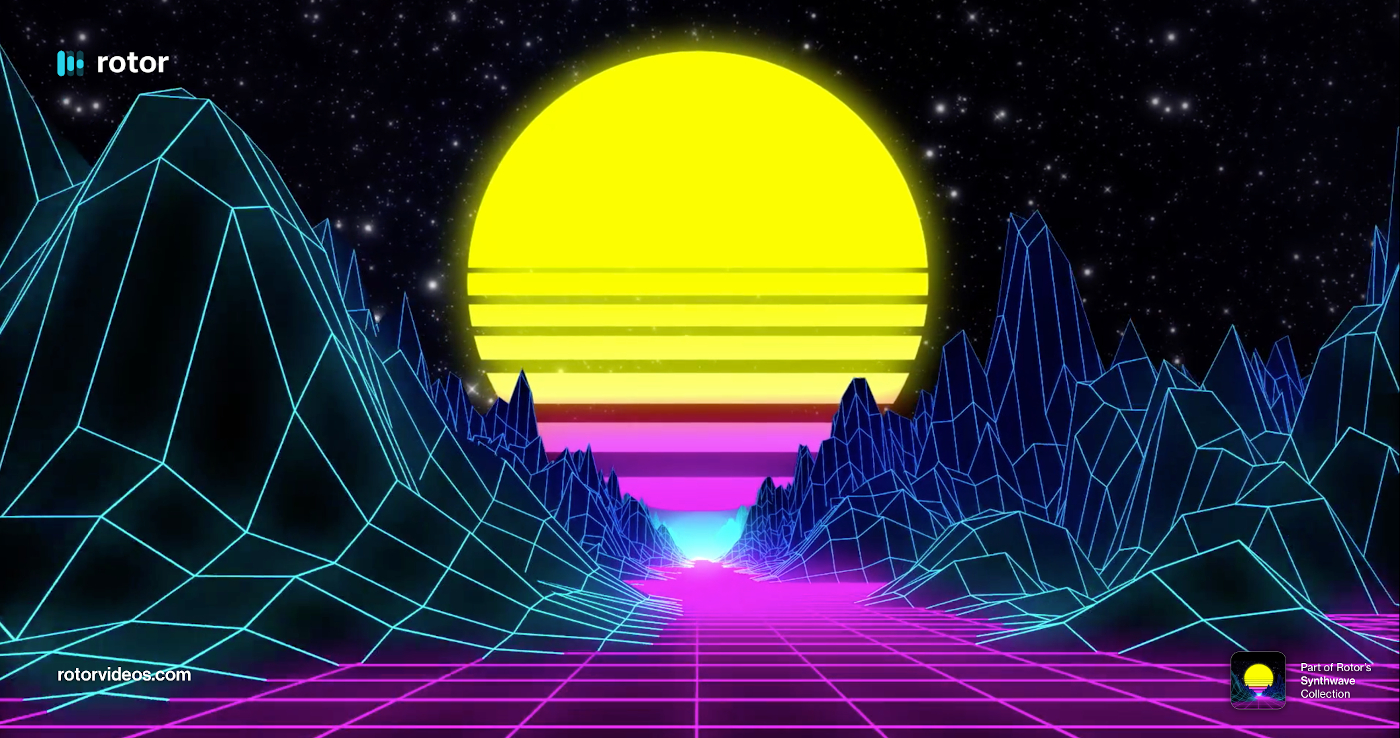 To make a music video in minutes, we’ll be using a resource every independent artist should be aware of: Rotor Videos. Rotor’s a UK-based company which took everything you need to make your official music video (as well as lyric and promo videos) and put it in a single place online. It’s super easy, really quick, and pretty fun to do, too.

It’s fun enough, in fact, that I went in myself and did the whole thing using a song from Vaughty (whom I interviewed here, bytheway!). You can check out the video I created in Rotor below.

You can start your own now and let me take you step-by-step through the whole process in this article. Let’s go!

The first thing you’ll see is the above registration window. I used my email address, and it didn’t ask me for anything else at all. In fact, the very next thing I saw was this friendly person:

In one minute, the nice Rotor lady walks you through the basics of making a video. It went so fast I watched it twice to see if I’d missed anything. I hadn’t.

Seemed easy enough to me, so I jumped right in.

Make a Music Video in Minutes: Upload Your Song

The first step to making a music video quickly in Rotor is uploading your track. The app works with .mp3, .ogg, .wav, or .aac files, but you can get a free audio converter here if you need it. If for some reason you don’t like that one or it doesn’t work for you (what the heck format are you using?) you can try any one of these.

Hit the ‘Select Files’ button and their software automagically starts checking out your song. I noticed that Rotor can make a music video out of fully 20 minutes’ worth of music, which is handy if you’re a DJ or EDM artist.

As it uploads, Rotor goes to work figuring out the speed and intensity of your song. That’s how they figure out what imagery and editing to recommend.

Before moving on from here, they let you trim the audio to select a shorter bit. That’s useful if you only have a recording of your whole live set or maybe just a single take of your EP album or something. It’ll also let you upload something else if you change your mind about what song to use. They’re easy.

Once it’s uploaded and such, click on ‘Clips’ in the left-hand column.

Make a music video in minutes using Rotor’s library of video clips. There -- are -- a -- ton -- of videos to choose from, so dig in and take your time. Browse their Collections (clips from the same shoot or a similar theme) to find visuals matching the mood and themes of your music, or use their search bar.

Vaughty’s song, “One More Time” comes from his album “Love and Industry.” That makes total sense because the music has a ‘90s synthpop, mildly industrial sound and often has romantic themes. So those are the terms I searched for.

It sounds more industrial than romantic, though, so I searched that first.

Rotor suggested 176 clips for ‘industrial’ and 177 for ‘industry,’ but the top results were different for each. I liked a lot of them.

Notice that many of the photos are pretty dark, shot at night or having a black background. I don’t know if that’s a tonal decision Rotor made based on how the music sounds, but it matched great.

I picked a few clips to start from my industrial results and noticed that they appeared down at the bottom of my screen. Clicking and dragging easily moved them in order of appearance throughout the video. When I wanted to go back to my search results, I just used the back button on my mouse. Easy peasy.

Right away I could tell this was going to be a piece of cake.

You’ll notice there’s a ‘Smart Select Clips’ feature there, if you want Rotor to give you a hand. That feature is in beta. I hit it to see what would happen, and it helpfully added 17 clips to the ones I’d already chosen. I returned to what I’d done myself, though, because I wanted total control.

Next, I searched for ‘love’ terms. There was a cool little clip of a red rose with a strobe effect on it, so in that went, as well as one of a white rose opening in slow-mo.

Then I searched ‘music’ to see if there were any clips that would tie in that way and added some equipment clips. While searching ‘time lapse’ I found some sped up night time traffic shots that were a good match for the song’s driving percussion. And upon further browsing, I came upon a rather enigmatic woman dressed head to toe in black PVC.

I had some themes fleshing out: industry, roses, music tech, city streets, and a mystery woman for a futuristic feeling.

Once I had about a dozen clips, I played around with the arrangement, dragging them in and out of position on the timeline and adding new ones.

When I had 20 clips, I figured I’d move on. That’s when we get to the next tab in the column on the left, “Styles.”

Make a music video with style! When Rotor says “Styles,” they mean more than just a filter like the kind Instagram offers. The style you choose will dictate how the clips are edited into a coherent video. The area I’ve circled in green shows how the style will order and affect your clips.

If you look closely, you’ll see a little bubble over one of the styles that says ‘Recommended.’ That’s the style Rotor thinks might be best for your song.

In my case, the app suggested ‘Director’s Cut,’ which they say is medium-paced and suitable for songs in a major key, as well as a few others.

I also considered applying a “Synthwave” style, which colors everything a bit purple and adds effects to choruses, but I decided to stick with the Director’s Cut for this first draft.

It said it would take four minutes, but really it was more like 90 seconds.

My first result was a passable video. It has subtle effects like the style description had mentioned, but the Rotor style made cuts quicker than I wanted. And watching it back, I realized that I needed more clips because when you don’t use enough for the length of your track, Rotor circles back to the start of your timeline. I wanted to get rid of that repetition plus add some more variety, so I went back and added more clips (similar to my existing ones) plus some black and white animations for transitions between clips. They also work well for the electronic style of music, I think.

When I was done I had about 45 clips. I previewed six or seven styles before settling on the Layer Layer editing style (Don’t forget to click that ‘Use this style’ button to apply your style, like I did a few times!). Layer Layer gives a double exposure effect — overlaying clips on top of each other and sort of melting them together.

It estimated a preview would take 15 mins to render. Again, it only ended up taking about two.

Make a Music Video Your Way: Finalize Your Work

Once you’ve got your music uploaded, your clips picked out and auto-edited with your favorite style, you should find yourself still in the preview window. Click ‘Edit Text Overlays.’

What you’ll see next is this:

This is where you can input your artist name, track title, and any other text you might want in there.

I picked the artist & label name intro and outro option.

That placed two text boxes inside the first six seconds of the video. These text boxes work just like any other text editor in image or video manipulation software, so if you can use that, you’re golden.

For everyone else: clicking on the text inside the box will allow you to change the default text to something you actually want. Don’t hit delete, though, or the box will disappear. If you make it disappear, just click on the time signature bar at the bottom to bring it up again.

Use backspace instead of delete to get rid of unwanted text.

You can add text anywhere by clicking on the time signature bar and then pressing the plus sign.

You can resize the box using the little dots in the corners, and move the whole thing around by either clicking and dragging the whole box, or by using the topmost dot like a handle.

Change the font and its size at the top. You can bold, italicize, and all the other usual stuff. It’s pretty intuitive. To see how it looks -- which you should before finalizing -- click the time signature to before or during the text portion and hit the blue play arrow on the left.

And that’s that — video finished in 15 minutes of effort

I went to ‘Download’ and chose the high-definition option. It informed me that this would take 30-45 mins to render. Considering how Rotor underestimated itself this way before, I figured maybe twenty. What do you know? I was spot on.

It took five seconds to download the 250mb file when it was done.

Make a Music Video with Rotor and Make Your Life Easy

I was really surprised to see how quickly and easily Rotor could help me make a video — one I actually liked, too! It produces a clean and professional product, one which is loads better than most amateur attempts you can find on YouTube.

You don’t have to worry about working online, either, because Rotor saves everything you do every step of the way. When I finished, I had no fewer than 10 versions.

So to recap, Rotor:

There’s not much to explaining how it’s done because it’s done fairly simply. The complications must be all in the programming and artificial intelligence. You won’t feel them. It’s a lot of fun playing around with the enormous library of clips and rewarding to see how the styles play with the video salad you throw together.

Conclusion? Nobody really has an excuse to showcase a shoddy, second-rate music video, anymore. In potentially as little as 10-15 minutes’ work, anybody can have an official video for their music.

You gotta kinda feel sorry for the alternatives. Rotor’s made the bar that much higher for other apps — but that much more accessible for artists to reach, too. 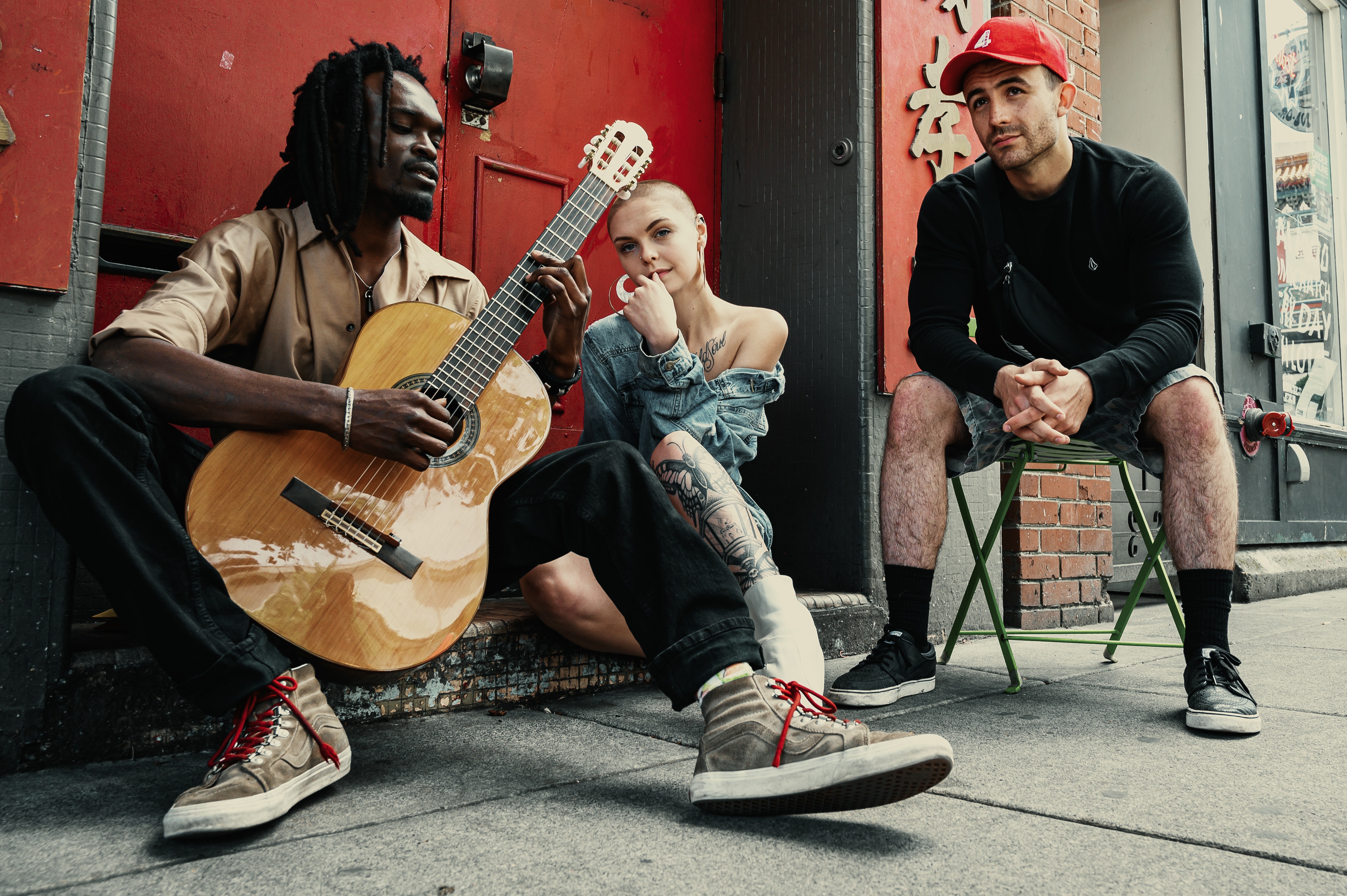 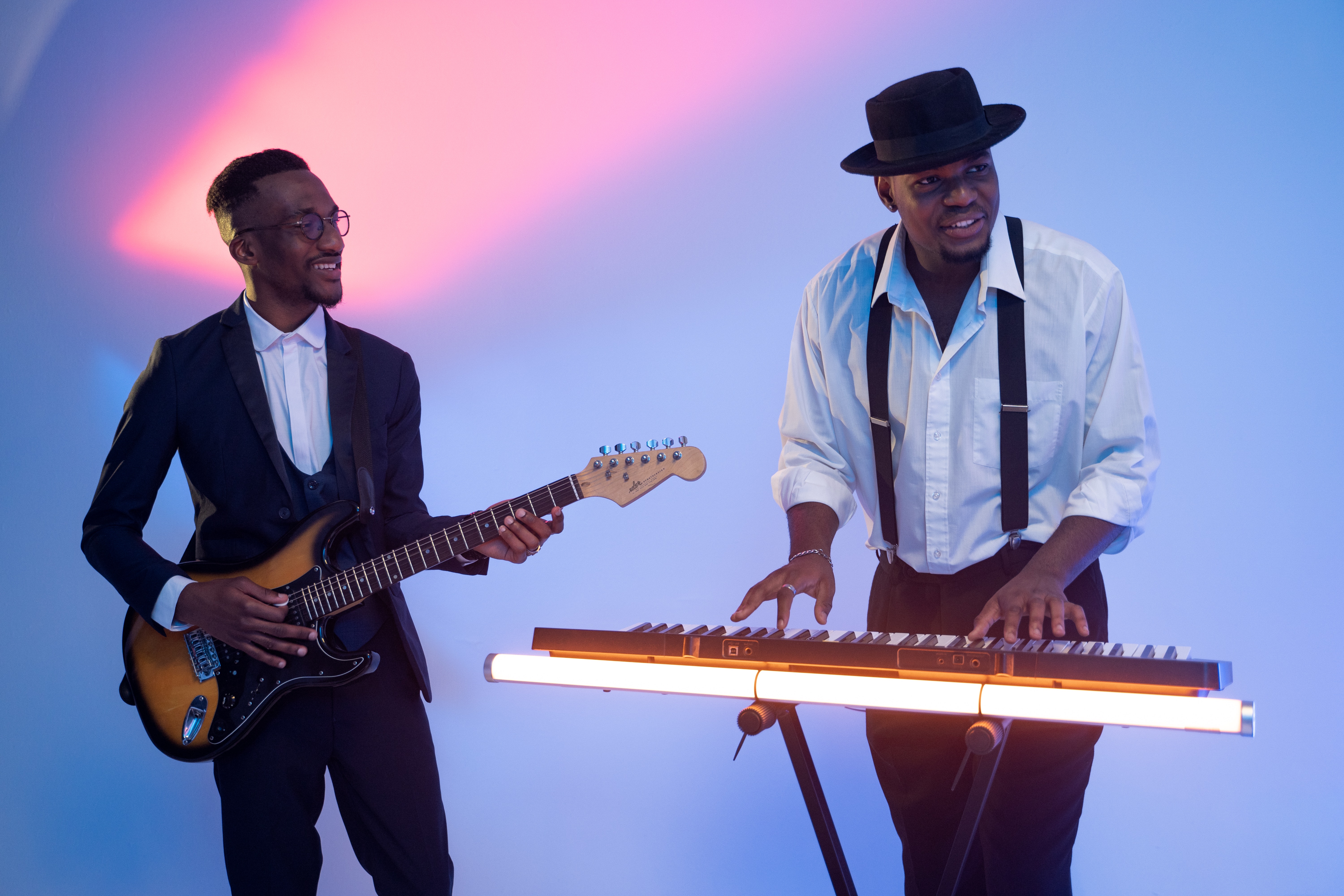 Get Music Fans by Playing in the Metaverse!