How to Get Fans with Spotify Playlists 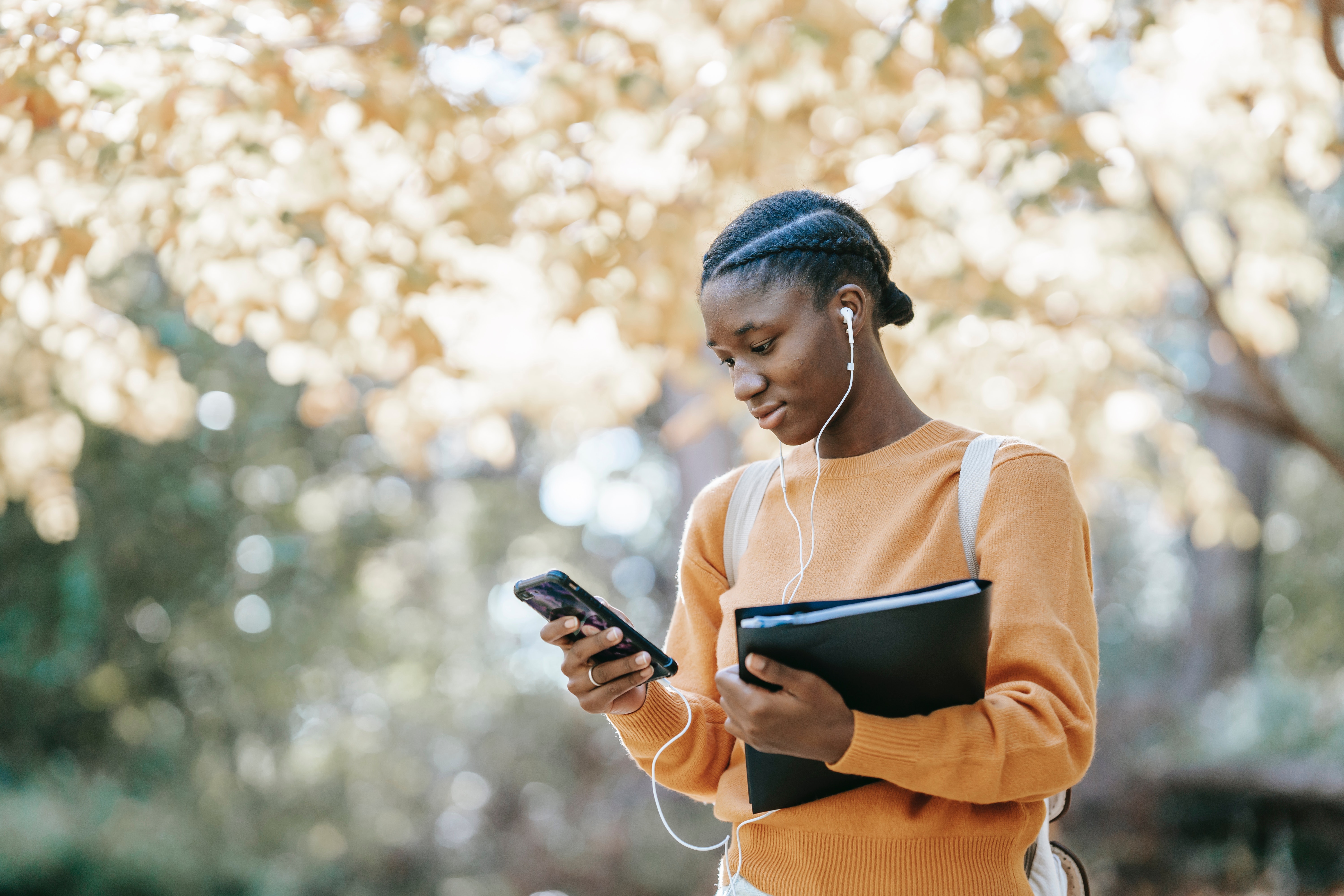 How to get fans with Spotify playlists depends on preparation, solid playlisting, and doing some marketing footwork. Luckily, there are easily explained steps to each of these. Even more luckily, we’ve listed them all here for you. No problem.

Read here how you can use Spotify playlists to get fans for your own music projects now. No wasting time, let’s go!

Use Spotify to Get Fans with Solid Prep Work

Use Spotify to get fans by preparing to become a legitimate Spotify curator. You don’t need to make it your job or anything, just enough to make it seem like you care about good music. It’s a super-fun way to spend time, anyhow, and all musicians are music fans, first, anyway, so why not? Come on, let’s see how it works.

Using Spotify to get fans means knowing your target audience

Get fans with Spotify playlists by figuring out your audience, first. Of course, good independent musicians will know this already because they needed to know it before choosing their stage name, song titles, album titles … If you haven’t, you have some work to do.

If you’re not sure who’s most likely to enjoy your music, simply think about the people who like your songs most right now. What do they have in common? What would help a new fan blend in with them? People like that are your target audience.

Talk like them. Look like them. Make them happy. That’s what being a music artist is all about, after all.

Pick a Spotify name your audience will love

Make sure your Spotify name is different than your artist name or band name. You’re not concealing who you are, you’re just developing a new side of your personality. Artists aren’t just welcome to do that, they’re expected to be interesting. Doing a few different things makes each of your endeavors more interesting. And playlists and original music, they’re hardly all that different, anyhow.

Use Spotify to get fans with a good bio, good profile pic

You’re going to need a good bio for your Spotify account. It should say who you are, where you’re from, the kind of music you’re into, and the kind of people most likely to enjoy your lists. Don’t say “people who love great music.” That’s lazy. Everyone presumes they love great music. Be specific about who your target audience is so those people can agree you’re probably listing their kind of sound.

If you’re not very good with English, have a friend edit and revise your bio for you. Grammar fails may not seem important to you, or even relevant to your audience, but looking silly absolutely matters. Don’t look silly. Get it handled.

Make sure your profile pic matches your sound and style, too.

Once you have all of the above preparations taken care of, you’re ready to actually make some Spotify playlists to get fans.

How to Use Spotify to Get Fans by Making Playlists

Independent musicians can use Spotify to get fans by making and maintaining great playlists. There are some basic rules to follow, and after that your fanbase will grow on its own.

You want five playlists to start. It’s no use marketing yourself as a Spotify playlist curator until you have five. Exactly five? Yes. Three or four looks like you might not stick around. Six or seven looks like you’ve been doing it a while but nobody cares (because you won’t have any followers, yet). Five is just right.

So how to make a great Spotify list? Read on.

Marketing music on Spotify depends on good images and descriptions

Market your music on Spotify by choosing attractive, stylish images for your playlists. They’ll need to both match the feel of the lists, themselves, but also have a running similarity to one another, too. These are crucial because people will see them before they read anything at all.

Make sure you describe the playlists with short, punchy titles which will grab your audience’s attention. The descriptions only get to be 200 words (at time of writing) so they’ll have to be short anyway, but don’t use all that. Keep your descriptions short. Nobody’s paying you to be a Spotify novelist.

Using Spotify to get fans means knowing nobody knows all the music. Knowing everything is a silly thing to expect of yourself. Great music fanatics — and there is a difference between a fan and an actual fanatic, for sure — know where to learn about sounds they haven’t heard yet.

One excellent way is to go to Spotibot and plug in a song your audience loves for sure to find a few songs which have the same general feel. Of the tracks you haven’t heard yet, pick one you especially like and plug that one in. Rinse and repeat.

You can also use the Festify app on your phone. Same thing, really.

If you still need help or want to know even more, good old C-Net has a fine how-to on it, also, right here.

You’ll want to feature songs from other indie artists who use Spotify to market themselves, too. Later, reach out to these artists and tell them you’ve featured them, and offer your own singles in trade. This is really what you’re interested in. Pick tracks from their catalogs which fit your playlists’ styles, moods, and tones.

Frame them with recognizable singles those listeners will recognize. People need comfort in music. Putting something familiar before and after something new to them keeps them faithful to your list.

Globe Newswire notes that “a large Spotify playlist is a bit much for the average listener who isn’t looking to discover 200 new artists in a single day.”

Groover puts the number down to fifty, saying that most popular lists include this many songs “because it works.” That’s about 2.5 hours. If you imagine playing it at a party or other hangout, it’s long enough to press play and forget about it until that flavor is worn out and it’s time to pick a new mood.

Make sure you listen to your lists and throw out tracks which spoil the momentum or mood. Add new ones you feel belong.

Nothing to it. Just make sure you don't let them slide into obscurity by never putting new tracks in there, or listeners will ignore them as not being current. Audiences can be very sensitive to that.

Music marketing on Spotify works best if the effort has a clear direction. That way nobody wastes any time. You can use this blog post as a basic outline for your strategy or plan something totally different, but either way a plan saves you time.

Here are the moves we recommend, first, though.

Use Spotify to Get Fans: Join the Spotify Community

Get fans with Spotify playlists by joining the Spotify community. You’ll see this strategy played out in many of the posts published at Octiive.com. Whether it be Facebook, Instagram, TikTok, or whatever else has come out in the last year, making friends and fans on the platform will always boost your visibility at that site.

Bands and artists like you always want to get music playlisted. Today, the vast majority of musicians are independent, and each of them has at least a few avid fans. Reach out to those artists and tell them you’ve placed their tracks on your playlists. Ask politely in a personal message — one written specifically for them (no copypasta form letters!) — if they might post a link to your playlist on their social media. After all, you’ve showcased them. Wouldn’t their fans like to know about that? They might be interested to hear other songs in the same vein. Perfect way to find listeners for your material.

Advertise your Spotify playlist on your personal network

Don’t just make a playlist and expect Spotify’s network to make you a famous curator. It doesn’t work that way.

In the same way social-media marketers increase their followers on Facebook, Instagram and Twitter, aim to get your playlist popular among Spotify users. Use the same strategies described in how-to manuals on FB, IG, and TW marketing to boost your presence there as a curator.

The goal is always to get others to share your playlist. Network with other curators and Spotify fans everywhere you use social media to get your lists shared around.

Marketing music on Spotify makes use of blogs and influencers

Start small, aim small, and don’t spend money on it. It doesn’t always translate into more listeners. Simply keep putting in the time talking with people and eventually you’ll have enough followers on Spotify to get the interest of more mainstream professionals there.

Get fans with Spotify playlists by reaching out to playlisting sites

Get fans with playlists via websites that feature playlists. Playlists.net and Sound Plate are good starting points, but they’re by no means the only options. Find smaller sites, blogs, forums, anything, which are just starting out, and offer your playlists there. It helps to share the image you’ve made for your playlist alongside your suggestion.

Get fans with Spotify playlists via collaboration!

Since you’ve used the above advice to meet other playlist curators and music artists, you can use Spotify’s new Collaborative List option to make lists with them. When the list is done, all of you can spotlight your efforts on your social media and reap the benefits!

Get fans with Spotify playlists using Reddit to get listeners. Reddit has a Spotify Playlists subreddit with competitions which can benefit indie musicians and curators plenty. That’s not all, though. If you search around the community, you’ll find all sorts of opportunities to hype your lists. Every one of those threads can land you one or some new listeners for your Spotify audience, and every new listener means an ongoing ear for whatever music you pour into it. The possibilities are endless.

Get fans on Spotify with shareable codes

It used to be much harder to get new followers on Spotify, but as of 2021, Spotify offers sharing codes which let you take listeners straight to your new lists. Simply follow the instructions provided by Spotify here. Nothing to it.

And probably most importantly…

Keep finding fans on Spotify by not quitting!

The No.1 thing keeping indie musicians from finding new fans with Spotify playlists is simply quitting. There’s very little that can’t be done on the Internet in terms of networking and marketing, but you do have to put in the time. It is a lot of time! But this is what we enjoy doing, after all.

Indie musicians put so much time and work into their music that it makes no sense they won’t work just as hard to get an audience for it. And your music is good, isn’t it? Just look at all the artist with huge followings out there who don’t seem to be putting out great sounds. How’d they do that? They worked hard at their marketing, that’s how. And they deserve their fans, too, because they earned them.

Be one of the heroes using Spotify playlists to get audiences hooked on good music today and make the music listening world a better place!

Thanks for reading, and thanks for being an independent musician in the 21st century!