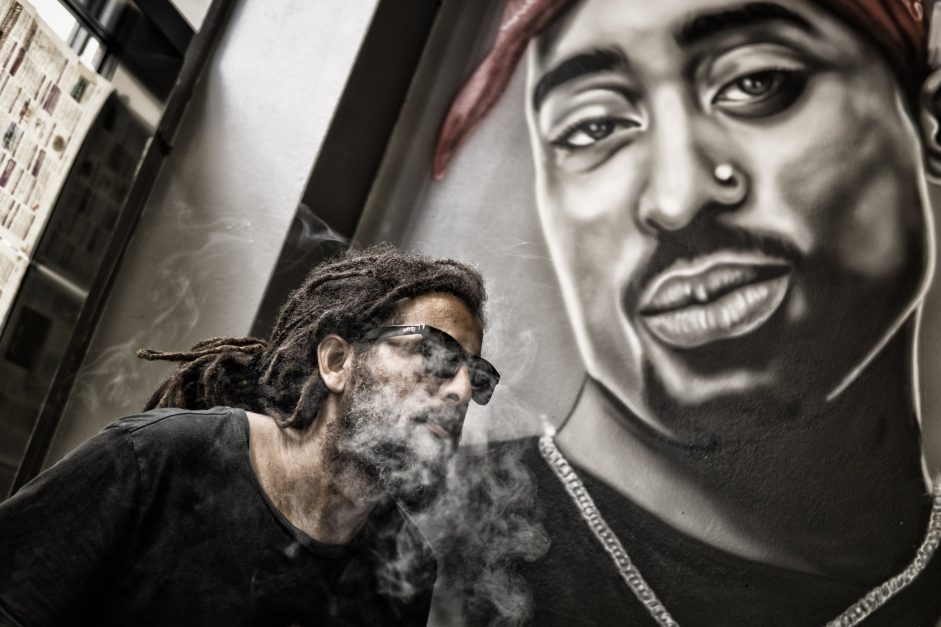 The best music subreddits stick around. They don’t come and go. That’s because the key to a successful subreddit is slow, steady growth. It’s a good thing, too, because that makes it easier to find the best ones.

Why do we care? Because subreddits are among the best places to exchange great music.

In short, Reddit is a freaking powerhouse. Let’s put it this way:

90% of all hip hop is listened to via streaming, with every one out of three streams on Spotify being hip hop or RnB. But while almost all rap is streamed among Spotify’s 220 million users, a staggering 330 million people are using Reddit.

In other words, even if everyone on Spotify were only listening to hip hop, there’d still be more people using Reddit, even if you added in all Apple and Google Play Music users combined.

That’s why it’s insane to not make Reddit a key music resource. With more than 700 music subreddits, there’re great sounds being traded there every day.

But! Finding the best music subreddits for you can be time consuming. That’s why we’ve done the research to get you started.

In this edition of Best Music Subreddits, we’ll be focusing on rap and hip hop groups – mostly the underground ones. How underground? Well, so far we’ve found four great subs which aren’t even on Reddit’s own list, so yes, we’ve done our homework.

HipHopHeads is cool (shrug) but we’re most interested in Reddit’s underground, independent, alternative and specialized rap communities. Still, r/HipHopHeads is the biggest subreddit for rap and hip hop with a whopping 1.8 million readers, so there’s no way we can totally ignore it.

That’s all we’re going to say about H3 because it doesn’t really need any more attention, and also because the more specific rap subs are way more interesting.

Description: “A place to discuss, share and enjoy alternative rap and hip-hop. We have but one rule; keep the focus on alternative.”

The best subreddits for rap depend on discovery. Where r/HipHopHeads sports convo about all the pop and big-time rappers everyone already knows, r/AltRap prides itself on being the place to learn about alternatives to the mainstream.

/R/AltRap says the only rule is to focus on alternative rap, but really this translates to underground rap most of the time. That’s a good thing for hip-hop fans looking for new, interesting sounds they haven’t heard before whether its technically “alternative rap” or not.

And since that’s also the whole point of this article, r/AltRap gets a key spot in this list right up top for your consideration.

Current favorite from the sub: Busdriver & Radioinactive with Daedalus, “The Weather.”

Description: “Dedicated to underground hip hop. Songs with over 1 million views will be removed.”

What is backpacker rap? According to Urban Dictionary:

…the most self-righteous Stans under the sun … copping a holier-than-thou attitude, spitting obscure hip-hop trivia with an almost religious fervor.

Backpack rappers were looked down upon for not being commercial-sounding enough …  some scorn commercial rap and produce or consume independent rap exclusively.

And then of course commenters on Reddit’s own r/LetsTalkMusic say:

[Backpackers are] People who only listen to underground or conscious rap … Backpackers will dismiss an artist for being mainstream. Backpackers don’t listen to party music … they can have a tendency to fawn over mediocre albums or rappers simply because “it has a message.”

Sounds pretty negative, right? But a quick sampling of the tracks on r/Backpacker proves that the readers of this subreddit have razor-sharp taste for verbal gymnastics. Zion I, MF Doom, Aesop Rock, Poor Righteous Teachers, and Del tha Funky Homosapien are touchstone acts in here.

But it’s not the recognizable rappers who make r/Backpacker worth your time. It’s the names you don’t know. Try some of the suggestions in their Best of 2019 thread, and you’ll see there’s more quality in here than the numbers let on.

Tricky, Stormzy, Skepta, and a few others we could name have put the UK on the map as one of hip hop’s most explosive hotbeds for great new music. If you’re any kind of rap fan, this cannot possibly be news to you, so we’re not going to spend much time on this one.

Description: “We prefer conscious alternative and underground hiphop, anything from KRS to Poor Righteous Teachers to 5% preachers to Dead Prez or random raps on soundcloud about the Illuminati. Promote your own stuff or share something obscure we haven’t heard before! Search the subreddit before submitting a classic. Peace.”

An offshoot of r/AltRap, r/HipHopTruth tends toward intellectual, inquisitive,and otherwise thought-provoking hip hop, and proudly so. If it’s a club banger with repetitive pop lyrics, you’re not going to find it on /r/HipHopTruth. If it’s a highly poetic, evidence-based argument about socio-political movement on the far left, you probably are.

R/HipHopTruth caters to a brainier hip hop than does r/Backpacker, which mostly cares that the music is relatively unknown or at least not mainstream. Both tend toward the educated rap artist, but r/HipHopTruth is where you’ll find the really interesting mic drops and startling narratives.

Description: “If it’s from East, Southeast, or South Asia, feel free to talk about it here.”

The best music subreddits bring what was a million miles from you a second ago to your ears right now. That’s really what digging down deep into your favorite kinds of music is all about.

Sometimes the easiest way to find something new in your genre is to see what artists around the world are doing. That’s what makes r/AsianRap so cool – you don’t need a translator or a tour guide. Here are fifteen-hundred fans of Asian hip-hop sounds offering up their current No.1 pick and all you’ve got to do is pay attention. Lots is in English, lots isn’t. Choose your poison.

Don’t take our word for it: dig Valknee + ANTIC for the first time or sit down to MadBrad200’s YouTube playlist of Korean grime hip-hop and you’ll know what’s here is what’s up.

Description: “A sub under construction, dedicated to rap from Ireland.”

Yes, r/IrishRap only has a few hundred readers, but that’s what makes Irish rap cool to begin with. These artists have a diehard underground scene which doesn’t swim too far offshore, and they’re hardcore as hell about it. Their style is unique, their sound is their own, and according to Vice Magazine, “Irish hip hop is having its moment.”

The thing is, it can be hard to discover acts from the Emerald Isle – unless, that is, you check out r/IrishRap. Once you’ve heard the likes of Mango X MathMan and Kojaque & Luka Palm, you’ll be glad you did.