The Best Webcams for Home Studios (Cheap and Available!)

The best webcams for home studios can help anyone during COVID quarantine and afterward. But which ones are cheapest? Which are best? What’s right for today’s performer, teacher, webcaster or just-plain social person? We’re going to go through all the best webcams for home studios for any reason, so sit back and enjoy the tour. We’ll make this quick and easy for every person who needs a webcam for work or play today.

One last thing, though: since COVID hit and everyone’s stuck at home, the usual lists of webcams are full of options you can’t buy. As of 1 September 2020, all of the below were available from Amazon. Here’s hoping they stay that way.

Read on for help picking your very best webcam for working from home.

(And if you need help setting up a home studio, we’ve got you covered there, too).

All pics courtesy of Tom's Hardware.

The best webcams for home studios start with this high-end Ausdom. It has a nice 1920x1080 resolution -- most of them do -- and comes with autofocus. Most people will want autofocus, but you can decide on that when you read about the benefits of manual focus later. It’ll correct low-light situations, too. Not as nice as a cam with a light on it (see later) but better than nothin’.

It has an omni-directional stereo mic (again, most of them do) which means it’s going to pick up sound from everywhere. This one has noise reduction, but some Amazon reviewers suggest a dedicated mic for your home studio might be a better option.

Oh, and its view is a wide 90 degs, very nice if you’re playing guitar for getting the whole picture headstock and all.

A webcam for work at home should be at least as nice as this one. It’s a Logitech C920 clone, and the C920 is basically what everyone should get if it were available (which it’s not) and affordable (which it’s also not, because of ultra-high prices under COVID).

The Aukey’s colors will be warmer than real life, but who cares. The picture is clear, and the textures are pretty good. It swivels all the way around and angles up and down even farther than the C920, and the microphone is loud ‘n’ clear even if it picks up background noise and sounds a little like a cheap record player.

At 55 bucks, this little guy just has to be on our list. Hell, you don’t like it? Send it back.

The best webcams for live performances include this Papalook PA452. It’s a manual focus which delivers super crisp images when you focus it right, but you’re going to go a little out of focus when moving forward and back. That’s not a bad thing for live musicians, though. As long as you mark the floor so you know where to stand, it will make your shows way more dynamic, far more live. Also, the swivel is great, so no problems there.

It has an omnidirectional mic, which means it’s going to pick up sound all around it, making it a great choice if you’ve sound-proofed your studio -- tips on how to do that here -- and maybe too noisy if you haven’t. The other option, of course, is to pick a dedicated mic from our options.

Long story short, this is great if you’re hands-on. If you wanna plug it in and never think about it again, this one isn’t for you.

The best webcams for home studios include the Ausdom AW615, another manual-focus webcam. Everything we said about the above Papalook’s focus is true for the Ausdom AW615, too. Its f/2 aperture camera and 3.6mm lens take crystal-clear pictures if you focus it right, but it’s going to come out bad when you move closer and further away. Just mark the floor and know that your show is going to look super dynamic.

It’s got a 36dB omnidirectional microphone, too, but some reviews say it comes out muffled, so you may end up needing a dedicated mic for your studio.

All in all, it’s a budget buy with fine results, but it’s more hands-on than just plugging it in and forgetting about it.

The best webcams for live performance include this unsung Looca 4K, a great picture quality for less than half what people pay for the industry-standard Logi C920. It captures at 4K (!) with 30 FPS and comes with a tripod, which is really pretty useful for anyone who doesn’t have a paper-thin monitor on which to clip the camera. The colors are muted, so expect to come out a little bluish grey, if you care.

It tilts real well, but doesn’t swivel. It also zooms in on you so you look closer to the camera than you are, but if you’re standing back and performing music, this can actually be a good thing. It doesn’t autofocus.

It does have two noise-cancelling microphones with good reviews on Amazon, so you might not even need a separate mic for your studio. At this price, you could do a lot worse, and if you don’t like it out of the box, Amazon returns are quick and easy.

The best webcams for live performance are often 1080p cams streamers use for gaming and webcasting. That includes this affordable and available camera, which has a soft-lighted rim like the kind cosmetologists use for makeup. It helps you look pretty with four modes of intensity and some great swiveling for positioning its view. All of this stems from the Angetube’s status as a cheap clone of the Razer Kiyo (see next).

The microphone on it comes out fine live, but too quiet for recording for some reason. You’ll probably want to get a separate mic, and you can see which ones we think are best for you in this post over here.

Make sure you check out the next cam before choosing this one, though, because they’re related.

The best webcam for work is the Razer Kiyo if you’re a game streamer -- and game streamers are some of the most expert webcammers on the Internet. Do you need to spend a whole 100 ducats more for this, though? Compare the specs on the Angetube to this and decide if it’s more than just a name.

As far as I can tell, these two cams are identical except that one is bigger, heavier, and more expensive than the other.

But this cam is very well respected and has been for years, and that’s got to count for something. That’s why it’s here.

The best webcams for home studios can be measured against the Logitech C920S because it’s the one developed with Skype, AKA Microsoft. The problem, though, is that it's sold out everywhere, and when you can find one, it's being scalped for a hundred dollars more than it's worth, or even more.

If you can find one without getting taken, though, it’s going to work out-of-the-box with pretty much everything, have a better picture and frame rate, and not going to break the bank. And if it’s still too expensive at around 100 dollars (we don’t have that cash, either), then you can get their budget option instead, the Logi C615. That one is pretty sold-out, too, but we thought you should know.

Best Webcams for Work: Your Phone

The best webcams for work, live performances, and really pretty much anything definitely include your phone. Everybody has a smartphone in 2020, and all of them have great cameras. Can you get a free app to turn it into a webcam? Of course you can! But what if you want to do it on your desktop computer in your home studio?

Google Play has the IP Webcam app which connects to your computer via WiFi, and the Apple Store has EpocCam for connecting via USB or WiFi. Both are free, but EpocCam will cost 8 USD for HD resolution if you end up liking it.

Worst part by far: figuring out a way to stand your phone up so it doesn’t fall over while you’re performing live. Good luck with that. But did we mention it’s free?

The best webcams for home studios work for live performances, streaming shows, and of course just talking with friends and family. Any of the above should be able to do all three, but of course you're the best person to decide what's right for you. Happy camming, and stay safe, artists!

How to Make Songs Better 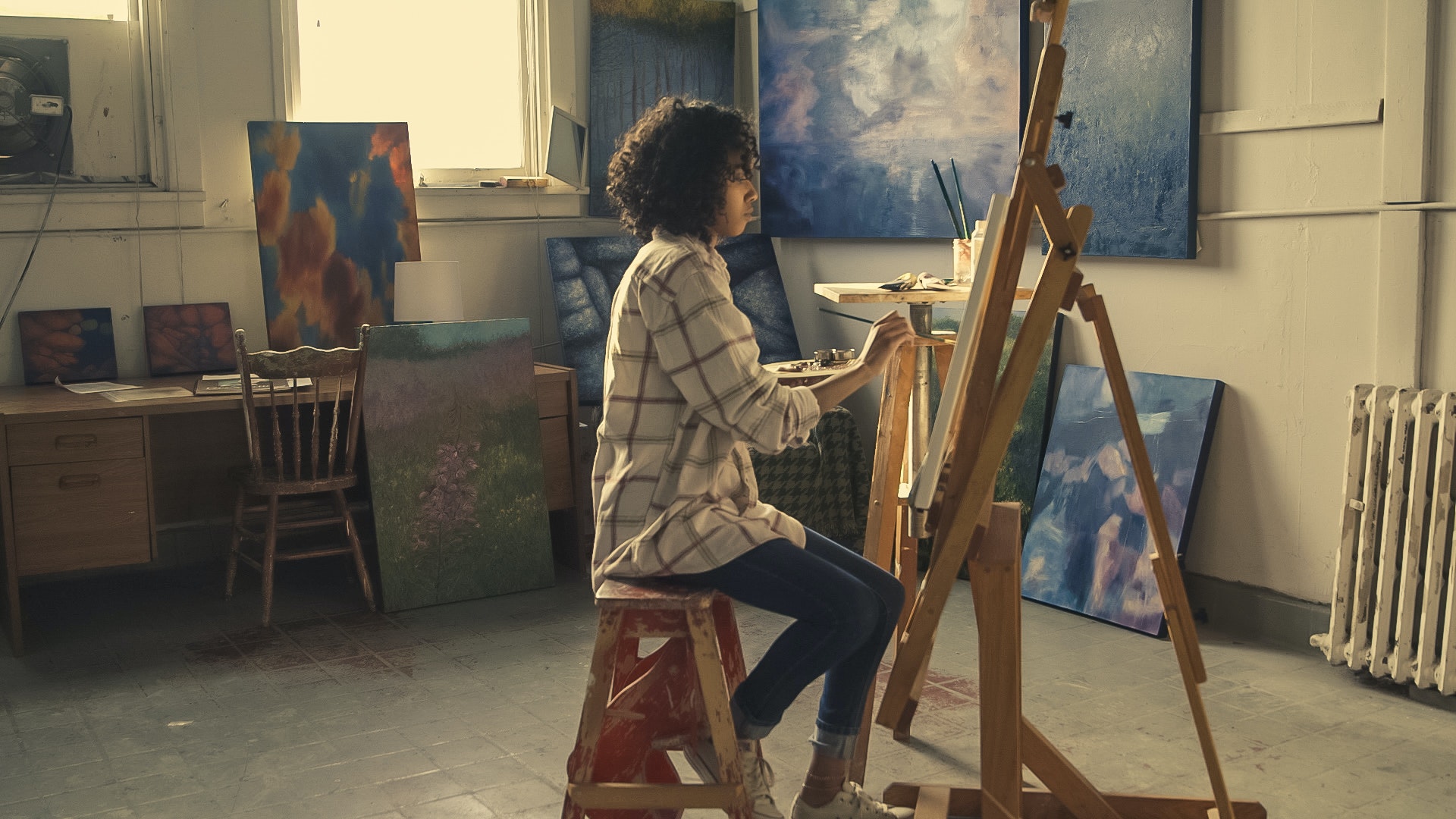 8 Steps to Optimizing Your Creative Process and Boosting Creativity 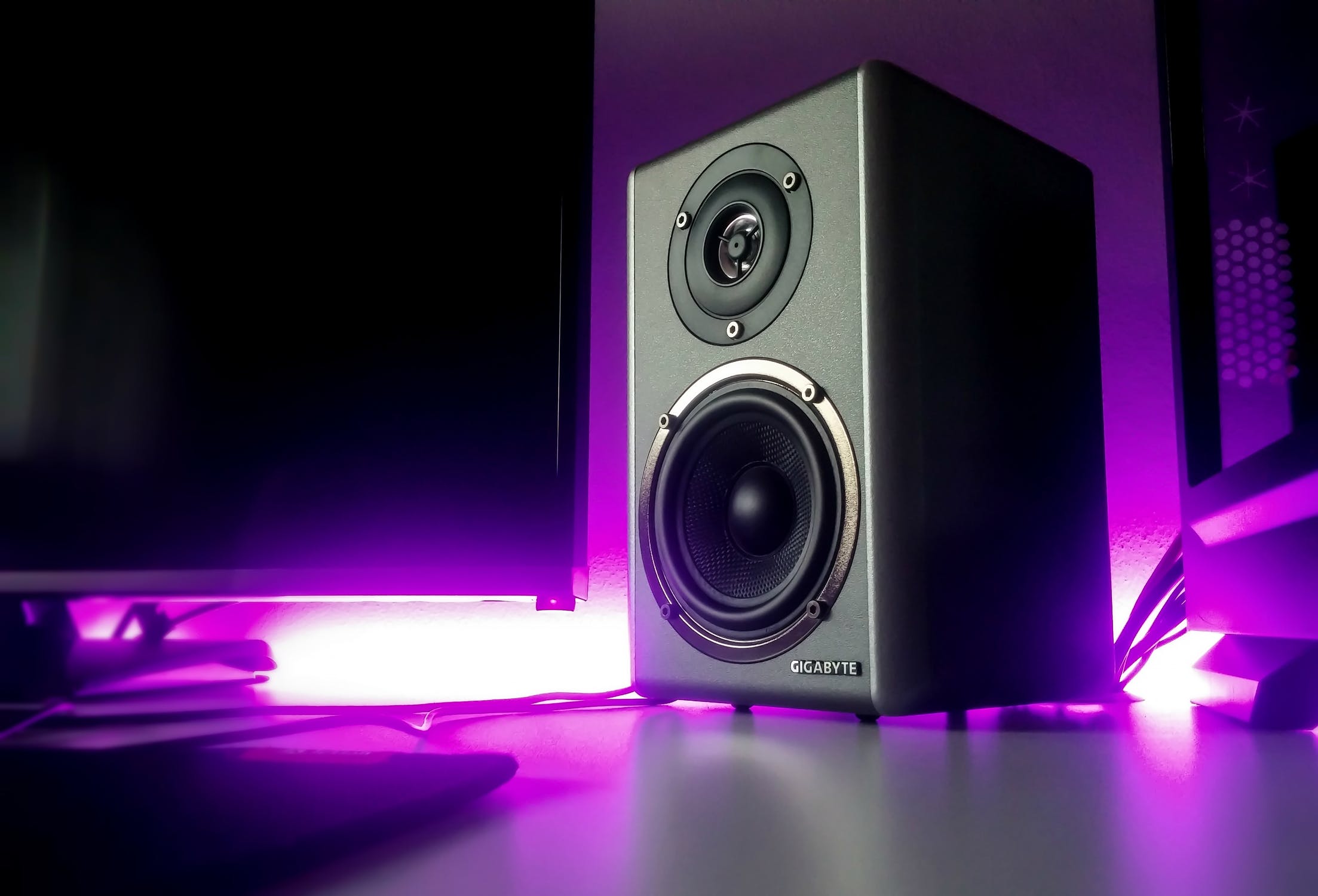