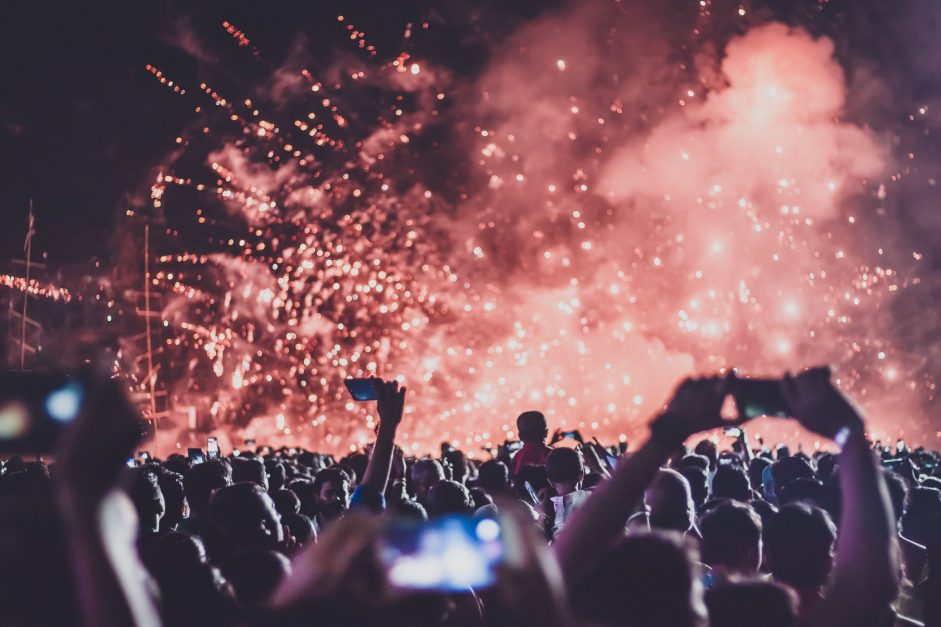 That said, there’s plenty of room for wonder and amazement as we look into a brand-new decade, so let’s not stand around. Let’s look at what’s new for our upcoming four seasons. How exciting!

2020 music trends pick up where 2019 left off in lots of ways, and cross-culturism is perhaps the biggest one. This time last year, we recommended that artists should “make a healthy effort to experiment with the tones and styles of other cultures” because “today’s trending music is all about coming together.”

This played out with the roaring success of labels like 88 Night Market, YouTube channels like Colors and The Nations, and regional uprisings around the world, particularly in Africa. Also, the world’s leading YouTuber is no longer PewDiePie but T-Series, a music label and film company out of India.

Could we possibly have predicted a No.1 rap/country crossover by Lil Nas X feat. Billy Ray Cyrus? No way. But we still got it right. In fact, cultural music from around the world continues to make new waves so successfully that ongoing dance parties have begun making headlines.

The ‘next billion’ streaming consumers are arguably not going to come from Western markets nor primarily from developed, urban cities, but rather from more rural areas in Asia, Africa and Latin America with deeper interest in local/regional repertoire and talent.

If you want to tap into this in your own music, bring out your own cultural roots. Celebrate some traditional regional sounds. If your town has a flavor, use that to your advantage. If not, consider collaborating with artists from somewhere far away. The results might surprise you, but they’ll interest listeners for sure.

When hip hop and country collaborate this well, anything is possible. – NY Times

As you may have noticed in the last section, labels do much more than just music these days. Of those aforementioned brands, 88 Night Market, Colors, The Nations, and T-Series, each offers art, fashion and more in addition to their audio and video components.

Where once it would have seemed bizarre if Geffen, Atlantic or Universal had fashion lines, today it’s practically expected. Multimedia companies specializing in music, video, fashion, live event planning, and even more pop up all the time. Lyrical Lemonade, Thrice Cooked … the list goes on and on.

Fashion isn’t too much unlike band merch, though, so that might not seem so unlikely. What probably does seem very unlikely is the current trend towards music and video games.

This trend towards gaming will likely continue, since games have outsold Hollywood since 2009 and have made (much) more than film and music combined for the last eight years.

Once you’ve got a strong output of music, consider getting into art, video, clothes, and events. Collaborate with people whose creative talents dovetail with your own. License your music for use in video games and network with game developers. They need music, and it’s a fantastic way to showcase your sounds to a captive audience.

Think movies and TV are your best bets for licensing? Think again. – LBPeSports

Trending Music in 2020 Comes with a Whole New Fandom

Trending music in 2020 won’t be all about the music, as we’ve seen. It’s going to be about new technologies and subcultures, too, each partially because of the other. Where artists used to get fanmail and sign photos (and, ahem, other things) today they have the opportunity to have much closer interactions.

Online platforms like TikTok have transformed the relationship between performers and audience. The act of creating memes and personal videos from favourite songs highlights the performative aspects of being a fan. Just as streaming has disrupted traditional ideas about owning music, so TikTok raises the question of who songs belong to: the original performer or the meme makers?

Today’s independent artists should absolutely have interactions directly with their fans. That’s a huge topic with a broad, wide range of different options, but lucky for you we’ve already hashed that out. You can read all about it here. You’re welcome!

Joe Waud and Payton Moormeier are just two of the many artists with nearly a million TikTok fans. – Atlantic

This new fandom has social media to thank for its existence. With newer, nicer, more intimate and more plentiful social media options, artists don’t need labels to connect with fans. This pushes labels out of the loop even more. The pressure on them to find relevance is real, especially since artists increasingly record at home, a trend which has been steady since 2005.

Traditionally, labels scouted talent, signed them, paid for their studio time, arranged for material creation of albums, distributed them, networked for shows, tours and fanclubs, and even handled marketing and brand-building. Today, savvy indie artists record themselves, produce themselves, license their music, upload it for streaming revenue, distribute it for pennies, network with fans directly, and even design their own merch, branding and websites.

What’s left for the label to do? Everything that requires real money. This means labels will become something like venture-capital firms. They’ll find artists with a healthy streaming fanbase on the rise, sign them, and invest a few hundred-thousand dollars to make them more famous than they could, themselves. The artist will still be left to design their brand and handle artistic direction.

Lots, actually. Even if you’re unsigned (and who signs, anymore, really?), you’ll have even more artistic freedom than ever before. Label execs backing away from artistic guidance means musicians won’t have producers pressuring them to “make it sound more” this or that to sell units. Can we expect the pendulum to swing away from homogenous pop and towards a new wild west of kaleidoscopic musical creativity? Maybe some, but only a very little at first. That’s because smart artists wanting to make a career for themselves will still need to mimic what’s selling. If we start seeing more variety because the captains of industry stepped away from the wheel, fans still need to buy these unfamiliar sounds for the trend to take root.

Businessmen used to affect how songs were written. Those days are gone, baby, gone. – Wiki

2020 Music Trends Will Include More A.I.

In March 2019, Warner Music signed a computer. More precisely, they signed a computer algorithm called Endel which has a free app you can download. The algorithm makes mood music for you so you can ride the waves of your emotions and attitudes as you see fit. Endel signed for a whopping 20 albums over the year, far more than any human artist could meaningfully accomplish.

Note, though, that Endel just does music to match a general tone. It doesn’t have vocals, and the instrumentation is synthetic and New-Agey. It’s great for focusing on homework, meditation or falling asleep, but it’s worthless for music appreciation.

This is pretty much what A.I. can currently do as a songwriter: small applications like finding a chord progression to fit your mood. It can do things like this pretty well, though. It can match a guitar tone to a desired emotion, write matching drums and percussion for EDM and hip hop, even write melody lines on top of your background chords.

So that’s what we can expect from A.I. in the short run. It’s going to be a tool to help more humans enter audio artistry for the first time because suddenly it’s easier to do.

“It’s a transition from mass-consumption to mass-creation,” says CEO of Mawson A.I. lab Stephen Phillips. “These kids who grew up in Minecraft are coming through, they entertain themselves by being creative. … A.I. is just going to give them new creative tools and let them create whatever they can imagine.”

They’ll be aided by AI composers like Bronze and Boomy, as well as by voice synthesizers like Replica.

Not to mention, for the first time indie artists will be able to create effective, affordable ads to drive their revenue, too. Companies who have been using AI to make ads for more than a year include:

So plainly AI isn’t just something people write about in blogs and newspapers, anymore. This is a real tool people are using to accomplish things like music. There’s no point in ignoring tools made to help the modern artist. Might as well keep on top of it now so you don’t have to catch up later.

That depends on you. Many musicians will choose the path of the purist, shunning all help from computer A.I. Others will take advantage of what apps they can to make the songwriting job easier. Younger, newer artists won’t see any reason to take the harder road. They’ll just hit the “make song” button and work from there, and bless them for it. Change is good. Nobody’s taking away the traditional methods.

One thing’s for sure, though — until A.I. gets better at it, there’s a certain autotune-y sound it can’t escape. Sounding analog is something the computer still can’t pull off. That analog sound may grow in popularity as A.I. becomes more prevalent.

You know, until we can’t tell the difference anymore.

Analog sounds still have plenty of weight. At least until computers can sound analog… – Blackline

Trending Music in 2020 Has Much Younger Musicians

The adult grip on youth culture is being pried away. Technological disruptions to traditional ways of recording and distributing music have allowed young people to bypass the involvement of older generations. The producer, the person at the controls in the studio — or the laptop in the bedroom — is getting more youthful.

Let’s look at the facts, shall we?

So it’s plain to see that people in their 20s aren’t exactly running the show anymore. Whereas once it was a big deal that Britney Spears was only 17, today it’s practically the norm to be a teenager with a top-40 single.

If you’re a very young independent musician — and lots of us are — then this is your year to shine! And if you’re a veteran musician — which many of us others are — then it’s more important than ever to understand that artists as young as 13 or 14 can make music in ways only geniuses could’ve managed a few years ago. It’s true that Mozart was only five when he composed the Minuet and Trio, but it’s also true that technology has allowed for many more such Mozarts. Consider collaborating with them, or if not, at least be sure not to underestimate them. The youth of today are making more music than ever before.

2020 music trends might make an artist sneer because trendiness seems uncool. But cool or not, you’ve got to admit trends make deciding how you want to help your career make you money much, much easier. After all, when more people are interested in a thing, isn’t it a no-brainer to give them that thing if you want more people to like you? And anyhow whether we like it or not, music has always been subject to the culture of the day. Knowing what that culture will bring ahead of time just makes working with it easier. Here’s to being ahead of the game!

Just because it’s way too funny to go without mention: Drew Landry wrote a satire piece, Predicting the 10 Biggest Hip-Hop Trends of the 2020s, for DJ Booth last spring. He’s got more than a few great calls in there. Was he right? Time will tell.

Get Music Fans by Playing in the Metaverse!

The Best Webcams for Home Studios in 2021 (Cheap!)

How to Fix Mic Lag on PC for Karaoke and Recording